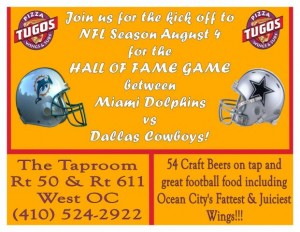 Join us for the kickoff to the NFL season on August 4 for the Hall of Fame game between Miami Dolphins and Dallas Cowboys!