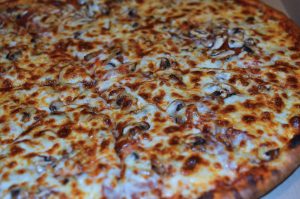 We all claim to be “pizza-lovers,” but just loving the taste of melted cheese and warm, fresh, melt-in-your-mouth crust is not enough! In order to be a true pizza-lover, you have to know some fun-facts about pizza!

The Hawaiian Pizza was invented in Canada, not Hawaii!

Pepperoni is the topping winner! It’s no surprise that the most popular pizza topping is pepperoni. Sausage came in number two, according to a HarrisPoll taken in January 2016.

Pizza is a 37 billion dollar industry. Wow! Pizza is stimulating for the American economy. According to the American Pizza Community, US Pizzeria’s employ over a million people in 73,000 stores across the country… It looks like we went into the right business here at Pizza Tugos!

The largest pizza in the world was 131ft in diameter and weighed 51,257lbs.

One of the first Internet purchases was a pizza. The order was pepperoni with mushrooms and extra cheese. This was one of the first recorded purchases made online around 1994. Now, we don’t think twice about ordering a pizza online!

All of these pizza fun-facts made our mouths water… Order online or stop in to see us, and share your favorite pizza facts!